Last weekend we spent a lovely 4 days away in Wales, enjoying the sunshine for Belinda’s 30th Birthday. Staying in the idyllic (though remote) area of Harlech, we rented two houses by the beach, towered by Harlech castle. Phone photos cannot really capture the beauty, so I didn’t take many. But the views are spectacular and well worth the hours spent in the car to get here. We created a group playlist on Spotify which racked up 283 songs from at least 10 contributors…so it was quite varied. 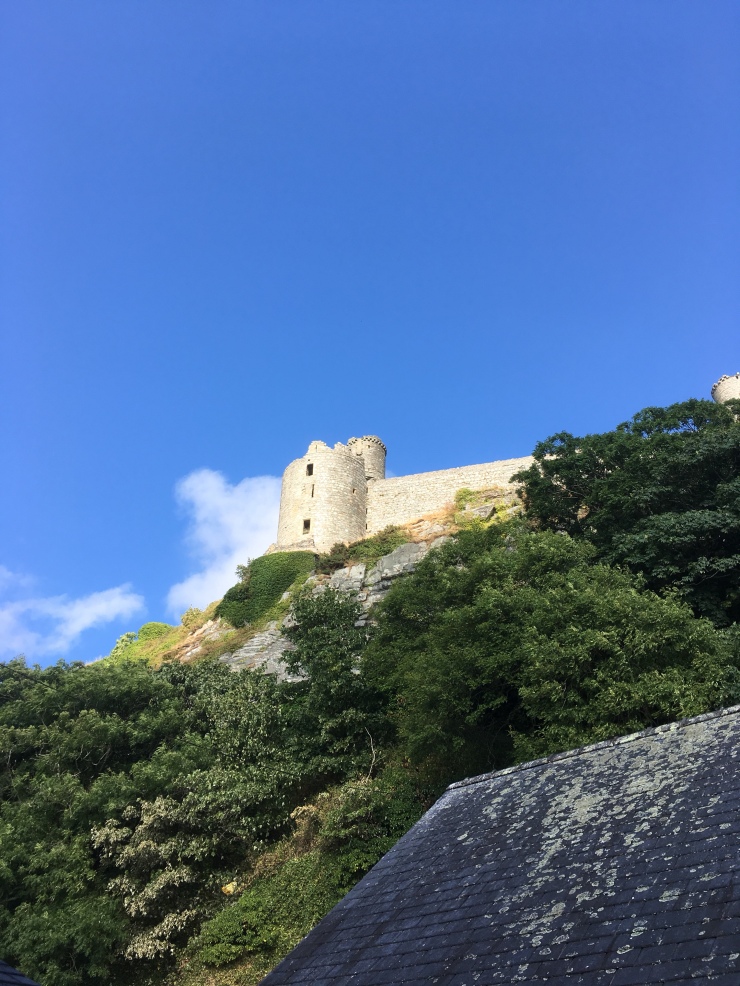 We spent out first night eating – Three BBQ’s on the go to cater for 15 adults (and two adorable babies), followed by a rather scary game of Linkee (I did not participate, I cannot deal with competition…). We also watched Brazil lose, much to my delight.

On Saturday, the bravest of the troop decided to hike Snowdon. Again, I did not participate. It sounds like I’m an absolute knob who hates people but I can assure you, if I had decided to hike, I would have died. Without a doubt, my funeral would have been held at the summit. Ain’t no mountain high enough as my epitaph.

So instead of committing suicide, I decided to stay behind and chill. Ajeet and I took a walk along the beach, found two jellyfish, and then walked back to get an ice cream. We did some food preparation (Ajeet did most of the cooking, I washed a salad and cut some cheese…) and of course, sat down in front of the tv to watch England win. A joyous occasion indeed, albeit a bit of a meh match. By the second half the troop had returned, exhausted and smelly.

As hiking a mountain isn’t enough to do in a day, we then did a murder mystery night which was SO MUCH FUN, especially since I was the murderer. It did mean that I didn’t have to actually listen to anyone speak to work out who did it, as I did it. Therefore, I could completely immerse myself into my gypsy role, placing my skull and crossbones flag in front of my face on a regular basis. I had listened to the Gypsy soundtrack ahead of the weekend, but as she’s actually a striptease it didn’t bode well. In the end I decided on a french accent (and morphed into an Essex accent once revealing my true identity), and as many clothes from H&M I could get my hands on.

Afterwards, another session of Linkee was held and I sat helping Leyla cheat. Unfortunately it wasn’t enough for the girls to win and so I have no guilt in helping out…

Sunday was spent soaking in the sun. We took a trip to a nearby seaside resort – Barmouth – and spent most of the morning on the beach, followed by a lunch and a trip to the arcades. A small fortune spent, we bought ice cream, considered putting Belinda in a bumper car, and journeyed home. Doug managed to get stung by a jellyfish, to which most of the group offered to pee on his leg. Classy group we are, SAFF WEST LANDAN. We also cooked all of the leftover food in an effort to reduce waste, which I was very proud of us for, and spent a few hours watching Jackie teach Pilates to James and Doug. A bit of brexit talk and it was time for bed!

Monday was mostly spent at breakfast, a long reminisce before a few went to the castle, and the rest stayed back to shower…Yes, I am very much a fan of a long breakfast followed by a long shower. The trek back to London was not too bad, the playlist was still going and we stopped for KFC, so no complaints.

As Spotify doesn’t provide any user stats for Playlists, I can’t break it down but I expect that My Neck, My Back (Lick it) may have been the most skipped song. As for the title, I chose the least dirty line to head up this post, in order not to offend the innocent. Thank you all for contributing, we now have a playlist saved for a very memorable weekend! Note, I removed the collaborative option to stop any further filth from being added.

And that’s about it for now! Happy Birthday Belinda!

This site uses Akismet to reduce spam. Learn how your comment data is processed.